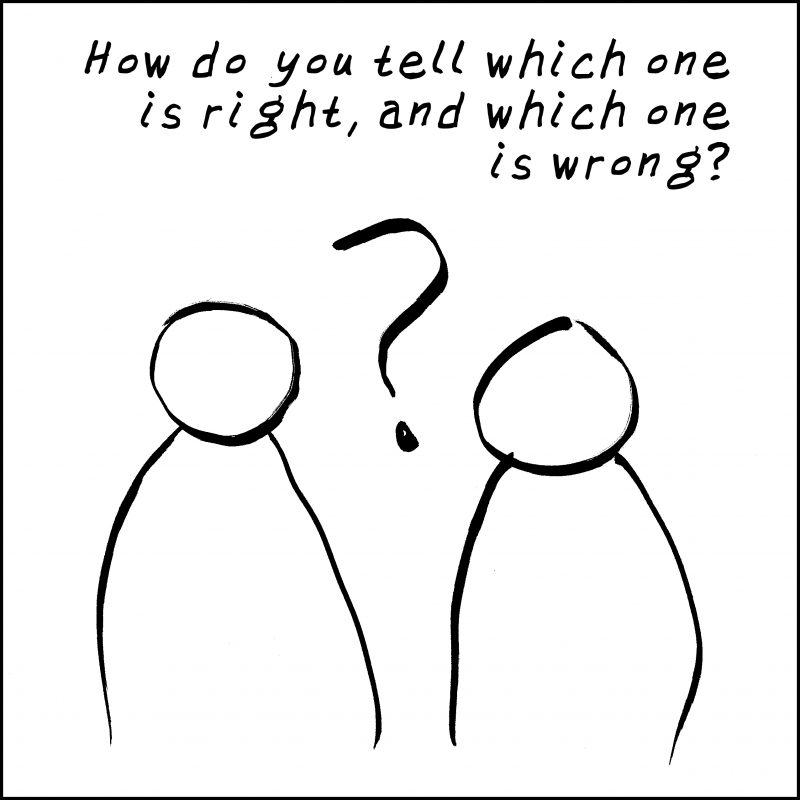 In Acts 15:36-41, we read about an argument. Two leaders, two different ideas. They can’t agree; they go their separate ways. Call it the first church split. Paul and Barnabas had been partners. Now they’re ready to return to their mission field and check on the churches they started. Barnabas wants to bring John Mark along. Paul says, “No way. He’s a quitter; he will slow us down.”

They can’t agree. So they split up.

Here’s my question: Which one was right?

You could argue that Paul was right. After this incident, Barnabas drops off the radar, and the rest of the book of Acts is all centered around Paul. Paul writes much of the New Testament.

But you could argue that Barnabas was right. By investing in someone who got off to a bad start, we end up with John Mark, author of the first Gospel written which became an important source for both Matthew and Luke. Even Paul, at the end of his life, admits that he needs Mark (2 Timothy 4:11).

Could they both be right?

I don’t know. It’s just a thought. What do you think?

When you do things God’s way, things tend to go better for you…

Check out a one page resource on how to forgive others here.

How to forgive course here…